Last month I bought a set of 5 phones from an online auction in the US. These came from the very large collection of P. Fassbender, who was selling everything via an auctioneer. There were 2 phones that I really wanted to have from a lot of 5 and since the price was fair I just had to buy them. A Golden Glow and Persian Gray, both new case flat. 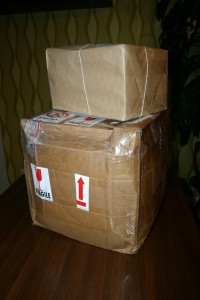 The box ended up in an international mail handling center in Amsterdam. There it turned out to be ‘technically undeliverable’ because it was lacking my house-number. Contact with the mail department resulted in a confirmation that I was fully right on the package, and that it would be shipped back to the US… In the Netherlands we call this the ‘purple crododile syndrom‘.  Manual intervention was not possible, the triumph of bureaucracy. Four weeks later, after another trip to the sender and back to me to add just 2 digits, the box arrived. Together with another box, from Sweden. Unpack party!!! 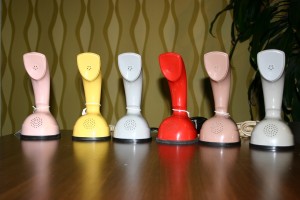 These are all the phones that arrived last Friday.  The second and third from the left being added to my collection. They turned out to be in very good condition. The one on the right is a manual with PBX but has some damage. The four will be available for other collectors soon.

Panic, well, let’s not exagerate. But this event did indeed have an effect on my heartrate. 🙂

Shipping remains an enervating activity from time to time as you can see in the picture below. Luckily the package was not damaged and the phone inside was not a very exotic model. But if you ship a phone in a plastic bag without any protection… 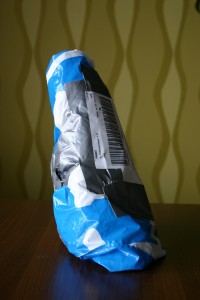