Well, I do not know what it is these days but there is some metal in the air I would say. Or maybe it is in my head…. not sure.

After the two Aztec Gold phones of last months I was able to get myself a Chrome Plated Ericofon shell. And that is a painted North Electric.

It is a shell only so I have to sort out some parts and compile a new phone myself. The shell and the cap come separated as well. I never had this before so getting the speaker in and attaching the cap is a new thing to me. Actually I am not sure on the quality of the Chrome, I haven’t seen any pictures yet.  But I heard there are some water spots on it. So it is going to be a surprise. Let’s see where it will end up. For sure there will be some pictures when it arrives. 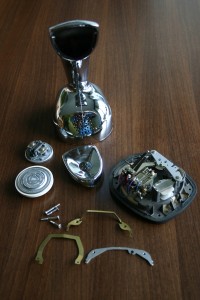 My DIY Chrome Plated arrived today. And I am very pleased with it. See here the parts that I received. Niiiiice!! The shell is in pretty good shape, some minor scratches here and there, from storage I assume, but overall it is very well conserved. Never used, never assembled before.

It is a sandalwood in its original color. Not dated. Even the chassis is not dated, only marked with K14. And this is the first time I see a ‘fresh’ shell and earpiece combination.

Let’s wire it up and get it working. 🙂

Finally I had some time to put the DIY phone together. Piece of cake if you have all the ingredients right there but the speaker delivered with it was not original Ericsson. So I had to get another speaker from an old shell that I still had. Removing the earpiece to get it out is not that obvious. I really tried to open it in a neat way, but I did not succeed  like that ;-). Felt like opening up an oyster. I got the pearl in the end but it was a big mess. An interesting experience it was.

Putting the parts together is quite simple. First glueing the speaker on the earpiece, then soldering a wire, glueing the earpiece in the shell, soldering the wire to the contacts in the proper lenght and that’s it.

Actually I did the same trick for my Taj Mahal. That shell was so bad that I replaced it with a new unused shell that I got in the same deal. 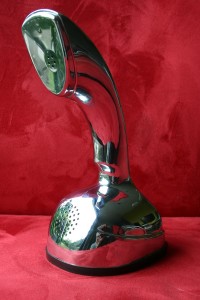 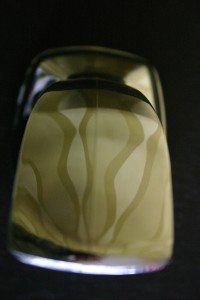 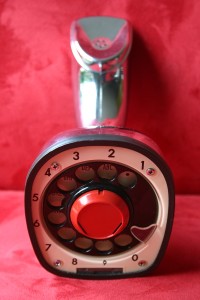