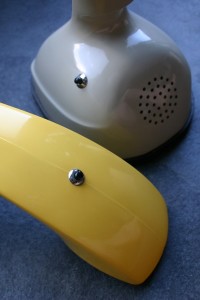 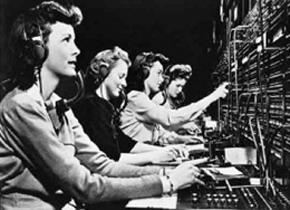 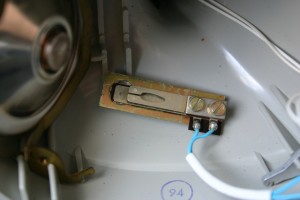 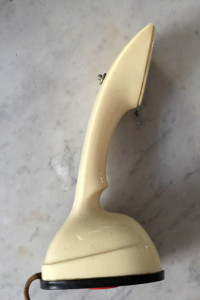 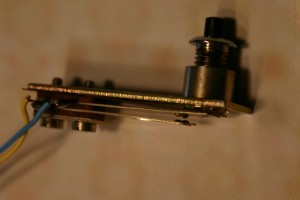 In my collection I do not have them, but sometimes you come accross weird looking dial faces.
Numbers in combination with text that does not really make sense and that you have never seen before. And that is confusing… 😉

In the past, phones were produced for specific markets or countries. But if, for some reason one market had a shortage in Ericofons, some stock could be transferred from any other market.

And instead of changing the whole dial face, if at all available, to accomodate the market specific needs, a simple sticker was put over the dial face. In the picture you can see 2 different examples of these stickers that are applied under the finger wheel. I ran into them some time ago but I do not believe they are original, but later reproductions.

Not only the inner circle could be ‘stickered’, but also the outer circle. Even painting of the dial face was a possibility.

This way strange combinations are possible. I hope to find an original phone with a maniacal combination some time. Would be nice to illustrate this story. 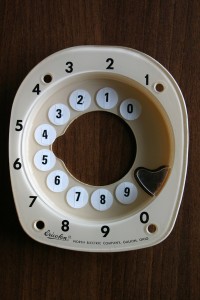 This week I received a phone with an adjusted dialface. Not by the stickers above, but by nice homemade patching.

In the meantime I removed the stickers. These were placed to convert the North Electric dial to the Swedish standard. 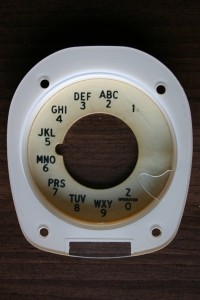 The original sticker made for this purpose showed up in a phone that I recently got. The details can be seen in the post ‘Various Hands’.

This dial face was originally a very common 1 to 0 dial face, at least when you live in Europe. It was rebranded to North Electric style to be sold in the USA. The phone was made in 1962 in Sweden and most likely exported to the USA in that era as well.

This dial face I will leave as is today. 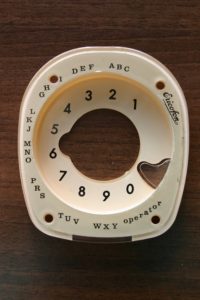 This is an example of an outside sticker. The phone where I found this dial face on was a full Swedish Sandalwood phone, rebranded for US usage. The phone dates to 1968 so a few years later than the previous sticker.

Actually I bought 2 of them recently from an antiquestore in the US, just for the fun of the dial faces… …mania? Another post ‘Circles Of Mania II’ will be created. 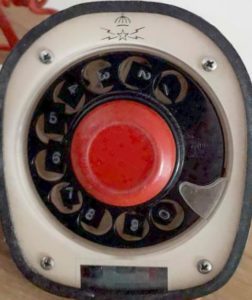 Here’s another example of what people do to get the numbers right… Another nice example of homemade creativity 😉 Unfortunatelly I did not make the picture when the dialface was removed from the phone. But when I cleaned it, it turned out to be a perfect Swedish dial.