The regular Ericofon we all know by now, but little is known on the Push Button or Touch Tone version of the Ericofon. Not meaning the 700 model. 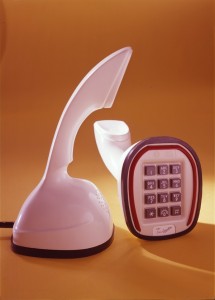 The most catching and most vulnerable change was the big arch shaped hook switch instead of the central red button. This picture is from the Ericsson archive.

From 1967 to 1972 this touchtone model was made. The chassis was made on request of North Electric by Ericsson in Sweden and the shells were produced by North Electric itself. However it was marketed in the USA solely, few of these phones were sold in Europe as well.

The initial keypad from 1967 had 10 buttons but already one year later the 12 button versions were introduced. In addition to the 0-9 digits, there was a ‘*’ and a ‘#’ button to facilitate modern switching equipment. There is also a version with an ‘A’ and ‘B’ key. The one shown here is the standard North Electric dial face. Note that this touch tone phone did indeed produce so called DTMF (Dual Tone, Multi Frequency) tones. It is not a pulse device like its predecessor and the later 700. 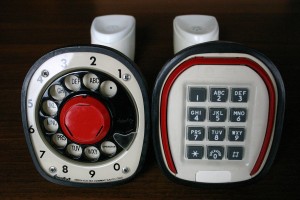 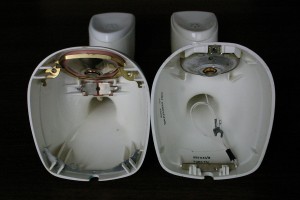 As you can see the fixation of the chassis is established with only 2 screws instead of 4 in the regular rotary dial model. The shell looks identical from the outside, but on the inside you can see the difference.

These models (referred to as 60A) are rather hard to find. Mainly because the hook-switch mechanism was of poor quality. The plastic broke easily when it was treated too roughly. So the Touch Tone model was never a big succes. It is said that only ~7000 of those phones were produced, but only 3000 were sold. The other 4000 were malfunctioning or disassembled for parts.  Not sure if this is indeed the case.

In 1972, North Electric stopped with the Ericofon line, and sold the remaining parts and equipment to a telephone refurbishing company named CEAC. Which you might remember from my beautiful North Electric Brown phone posting 😉 . They continued production for a short time before going out of business.

This week I received my second Touch Tone in another color. It was part of a batch of shells and chassis that I was able to buy, mainly for parts. Most of the shells are not worth working on and in very bad condition. But the Touch Tone was surprisingly in a pretty good shape. Some slight spots, but overall a very nice phone. 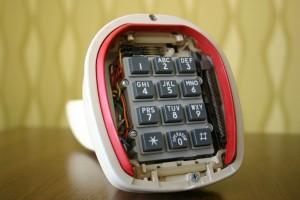 In a few days I am expecting a ‘dial face’ and gasket for this one so it will fit in the collection perfectly. It is a Candle Glow. Once it is restored there will be another picture.

The dial face came with the mail yesterday and the phone is ready. To restore the gasket I used a reproduction gasket for the rotary version. The gasket for the Touch Tone is slightly different and as you can see it is not a 100% perfect fit.  The original gasket is a bit wider and has an extra part on the front of the phone to match the lining of the hook switch. I doubt if there are any spares left somewhere… 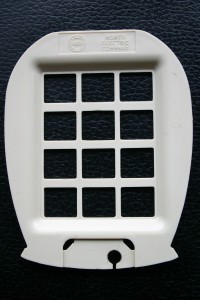 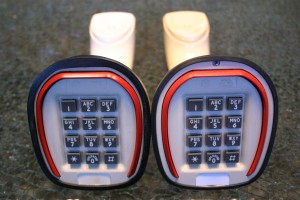 This week I received 2 new Touch Tones. One of them is a Crystal Mint and in good shape. A bit of discoloring on the earpiece, but not too much. The other one, a CEAC painted Brown, came in pieces… at least the famous “red-arch-shaped-button-mechanism” came in pieces. But I seemed to have all the parts and repaired the mechanism as good as I could. One part turned out to be broken but that does not affect the mechanism too much. But it proves that the whole mechanism is vulnarable. Not sure who invented this but it is a very complex up-down moving button. 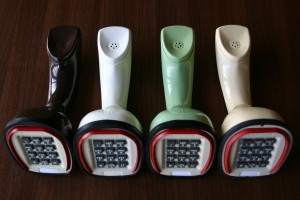 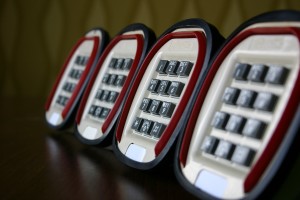 Here are the 4 Touch Tones in a row. Although the Brown is painted by CEAC and originally Crystal Mint, I will keep it. On the Candle Glow Touch Tone I miss the original rubber gasket. No clue where I can get these…