Today there was a package with the mail… I was expecting something nice: an Old Case Taj Mahal, and I was really looking forward to receiving this bargain. But when I opened he box, a monster came out of it. A very badly painted Old Case shell in a weird white/gray color. What a disappointment! And the pictures looked so nice before I bought it. The seller never mentioned the paint so I was a bit mad at him as well 😉 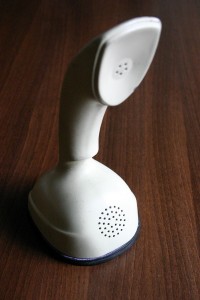 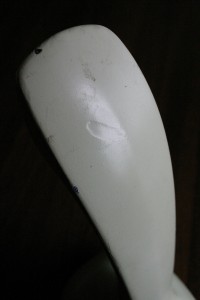 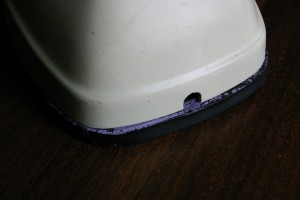 So, still recovering from the shock, and very disappointed I started to check what I was able to create out of this ‘thing’. Didn’t have a clue. The shell seems to be okay, it is an old case, always a bit special. The dial face was cracked, but that I already knew. I decided to open it up and see what was inside.

And then the real shock came! 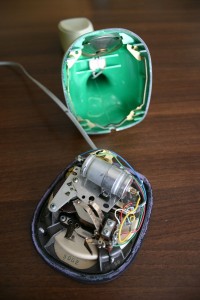 It seems to be an old case Accent Green or Kelly Green shell that was painted.

This is a weird surprise. So… what is next? I do not have a clue on how to restore this one. But I have to get started somewhere. Both the shell and chassis are from 1959 so I expect it is an original set.

The day was still fresh so I decided to do some investigations on the paint and create my strategy from there (picture below on the left). Carefully sanding of the white paint the black paint became visible. Black took a long time, it was a thick layer. I felt like a paleontologist that was revealing a dino skeleton. Getting through the black some light purple showed. And finally the green became visible.

The paint could not be removed chemically, I carefully tried some methods but I was too afraid to damage the plastic of the shell. Although I have tested the chemicals on an old shell before. So sanding remains the only option, also indicated by the experts that I consulted. The result of the first day is shown in the right picture. To be continued in the next few weeks… 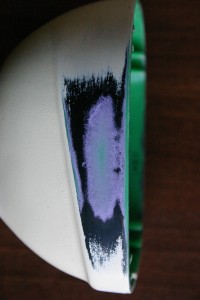 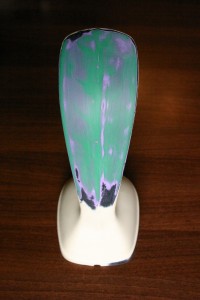 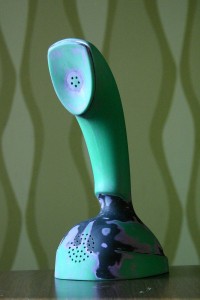 What a day! I guess I am still dreaming.

Update 12/03/2015: After a well deserved week off to the south of Spain I started again with the sanding process. Slowly the paint came off so the white and black are now fully gone. There still is some purple to get rid off. At certain places is was very hard to remove this first layer since it seems that it has intruded the plastic here and there. So I had to use 180 grid paper to remove it all. 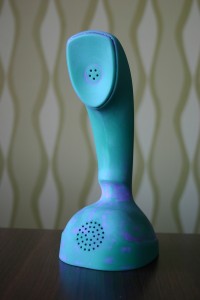 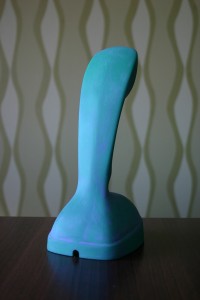 But the good thing is that the shell is completely intact. No cracks or damage. In the second picture of this post, you could see a strange spot on the back. But that turned out to be a painting issue. Phew! Sofar I spend some 12 hours of work on this little sweety, but she’s worth it. The result you see here is the raw result of sanding with 180 grid. 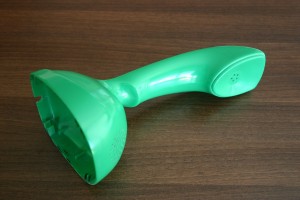 After a 180, 320, 400, 600, 800 and 1000 grid paper treatment and a good polishing the result is just very good. As this is the first fully painted Ericofon that I have restored it was quite a challenge. Not sure if I would go through this process for every phone. It took me in total over 16 hours to get it in this shape. 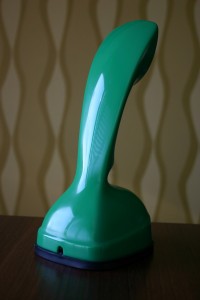 It is hard to get the same colors every time while taking pictures with sunlight and a camera only. But I prefer not to use lights or flash. Anyway: here she is. The dial face has a small crack around the 4 but I’ll leave it this way. Part of the phone’s history. Friday the 13th brings bad luck? Don’t believe so. 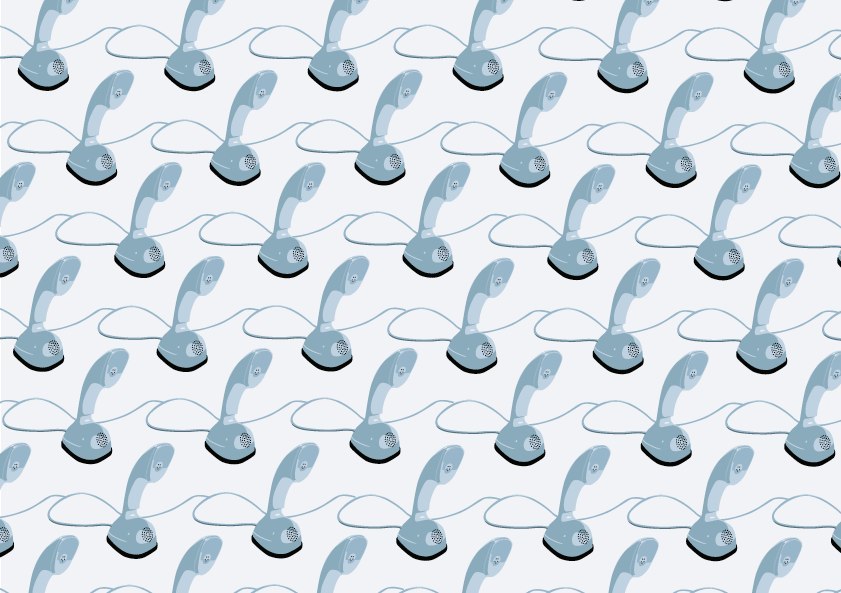 Not my piece of art, but from the net.

I want a shirt like that!! Or trousers, even better.  🙂